Takach, who previously served as Vice President of Operations, is highly regarded within the industry with 25 years of experience in the window and door business. He joined Sierra Pacific in 2014 as the Vice President of Operations and was instrumental in integrating the former HURD® brand windows operations into Sierra Pacific. He is a Graduate of the University of Pittsburgh, with a BA in Business & Communications. 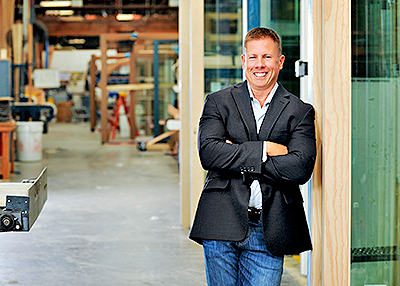 “I am proud to have been a part of the Sierra Pacific Windows team for the past three years,” Takach said. “Kendall Pierson has led the company to become the most successful and fastest growing window brand in the industry. I am looking forward to building upon this success, as we take this company to new heights.”

“In his new position as president, Tom Takach will be taking over the reins of the top position at the ever-growing Sierra Pacific Windows. Tom not only has experience as the VP of Operations for the past three years with the company, but his credentials speak volumes with more than 25 years in the window industry. We are excited to have his depth of experience and business acumen on our leadership team.”

Pierson added, “I’m departing knowing Sierra Pacific Windows is in the best of hands with Tom leading an amazing group of dedicated crew members company-wide. I’m also departing incredibly proud of where Sierra Pacific Windows has grown and humbly say we’ve done a good job. We’ve emerged as the fastest growing window company on a national scale. It is much thanks to staying true to simple core values instilled by the Emmerson family to always do the right thing with an eye on our long-term future.”

Sierra Pacific Industries is a third-generation, family-owned forest products company based in Anderson, California. The company owns and manages over 2 million acres of timberland in California and Washington, and is one of the largest lumber companies and largest manufacturer of millwork in the United States. Sierra Pacific Industries is committed to managing its lands in a responsible and sustainable manner to protect the environment while providing quality wood products and renewable power for consumers. The company’s forests are certified under the Sustainable Forestry Initiative®. Sierra Pacific Industries utilizes nearly 100 percent of every piece of wood brought to its 18 mills and seven biomass-fueled cogeneration power plants.

Where Can I See Windows & Doors In Person?

Find a Showroom
Request a Brochure
Back to Top