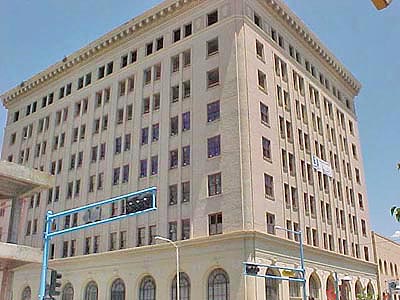 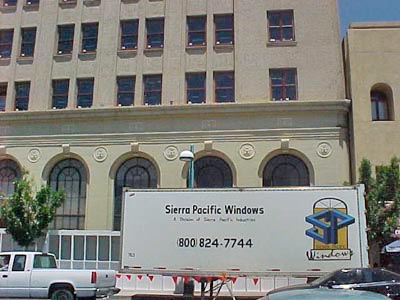 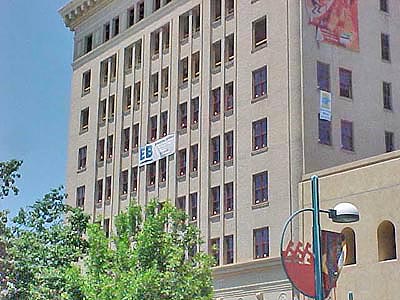 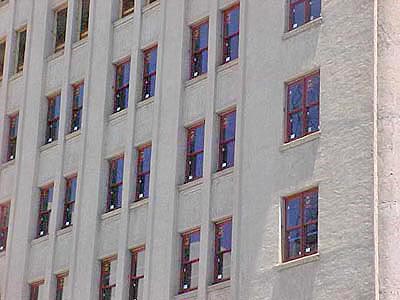 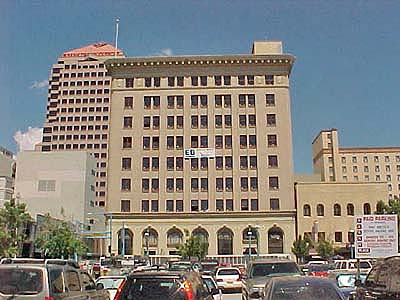 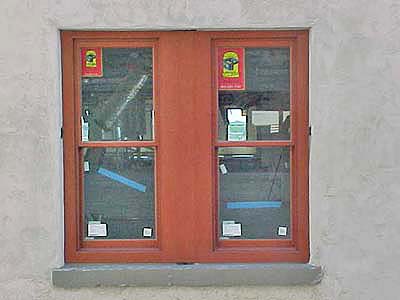 The First National Bank Building was added to the National Register of Historical Places in 1979, as a skyscraper. The original architect was Henry Charles Trost. The building sits on Central Avenue, Route 66, in downtown Albuquerque, and will eventually be home to many upscale lofts on the third through eighth floors, as well as office, restaurant, and retail tenants on the lower two floors.

Many different owners and possible tenants over the years had intentions to renovate this eight story building. Finally, with new ownership in 2003, the building is getting a major facelift.

The old windows, guessed to be 2nd or 3rd replacements from the originals, were secured through a hollow metal steel frame, which the owner wanted to leave in the openings. This led to some creative engineering in order to take advantage of Sierra Pacific Window's extruded aluminum nail fin. Wood bucks were added to the steel frames, resulting in an extremely secure window installation. The installation went smooth and steady, earning the contractor kudos, since all of the windows were installed from the inside. Frame expanders were added to cover the existing framing and give the windows a very uniform look.

After revisiting the architect's original design, the owner decided to add balconies, thus changing some of the window units to inswing doors.

Beautiful views of the Sandia Mountains will be seen through the large double hung windows and inswing doors from the east side of the building. The stair tower on the north side has been painted to complement the Heritage Collection clay exterior color that was chosen by the architect.

Want to see some Windows & Doors In Person?

Find a showroom near you
Back to Top